The solution to re-peg Vai is coming

I think the yield of stablecoins is now so low that the VAI one looks decent again. 2.36% against 2.78%
One year ago it was in the 30%, now is lower than inflation.

You are true , if we don’t consider Anchor Protocol … they keep their 19.5%

Venus Team, where is the VRT to XVS converter?!?!

Once this is resolved, all three will be released! It should be done before the end of the month as planned and announced last week.

Regarding the stability fee this is inline with my estimations of how long it would take based on previous announcements, not sure about the complexity of the other stuff, but the stability fee should be a fairly easy implementation.

Either way $0.85≈ for a VAI seems pretty reasonable considering the mint is coming down everyday.

Venus Team, where is the VRT to XVS converter?!?!

It should be done before the end of the month as planned and announced last week.

Very good point, we’ll see how high will VAI go. Previous record were in the 1.12 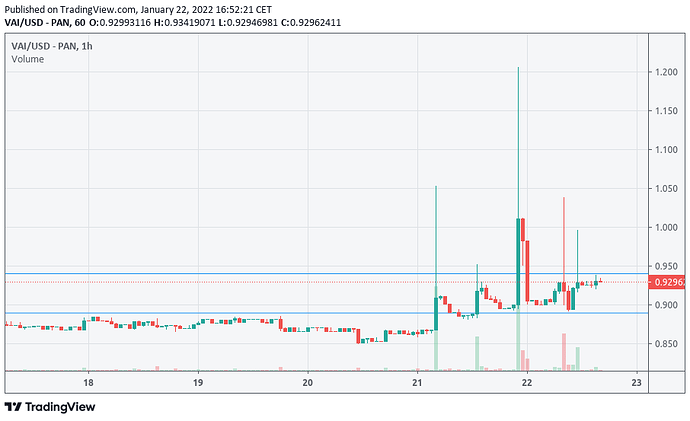 I’m guessing the snap back rallies are due to the loosing bot(s) immediately unloading the VAI, also accounts for the overshoot in price.

Good spot. The record @1.12 were sustained for a few hours, and not just an instant spike, but for sure at some point a VAI has been sold for $1.20 so that’s actually a record.

(Binance)
This is getting boring…

The stability fee was meant to be released this month after Vrt swap.

considering the swap is not done yet and it takes a good 4-5 days to pass and execute, I would say that the deadline is missed.

The question is now how many months more? Over 3 then your better selling at 1.07 and picking up 20% yield on UST.

BUSD/UST is doing $20 m in volume a day so at least you can get a fill lol.

Hello,
I am new in Venus forum.
Stability fee is of course a must to provide some price stability mechanism for VAI.
Market Makers will be needed to maintain the price, and this could be Venus itself using the collected stability fees.
Listing on a pegged token DEX would certainly help, but listing on Ellipsis is not permissionless.
Integrations on other lending platforms to increase VAI utility is also nice to have.

One issue that I see as a very big inefficiency is that VAI and Venus should be different platforms in my opinion and a spin-off of VAI from Venus would be desirable.
Why?
Users can mint VAI from their collateral on Venus, but this collateral counts only once as TVL and TVL tends to give value for tokens.
So if there is a spin-off of VAI to let’s say VAIMaker, a new protocol functioning similarly to Abracadabra, it could accept v-tokens from Venus as collateral as well as other tokens. New token is created backed by new TVL getting multiplied, which is justified by the ability of the protocol to earn stability fees. VAI is then deposited on Venus in the common lending pool like any other stablecoin, boosting Venus TVL. New token from VAIMaker can be distributed to incentivize usage of VAI (e.g. incentivize LP, lending supply on Venus, etc.). 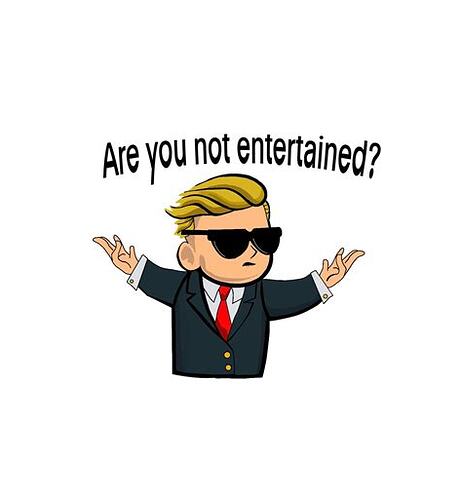 Those trades on your screenshot are mine… I’m making VAI avoid the zero volume, but feeling alone…

Binance may delist VAI if this volume doesn’t recover…

disgusting how long is taking that stability fee

Yeah, I was thinking about that…

Pretty much untradeable on Binance the spread is nearly tipple for meaningful volume.

It did go back into my buy zone today and have added a bit. 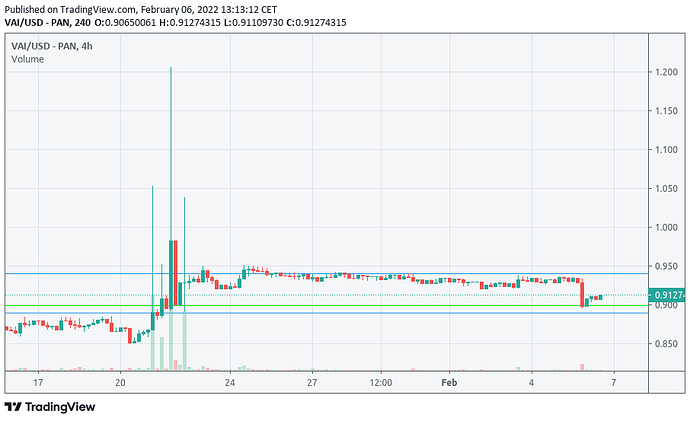 Yep, ignoring the negligible orders, the spread is 1.088-1.105 right now. Untradable as you say, and so, untraded.

Call me crazy, but if the team is serious about fixing the peg/believe that it is coming soon then they should be buying as much VAI as possible at a good discount using the treasury.

Would be best to do it by stealth, which some people might think is underhanded, but then everything is done on hidden telegram groups anyway, and who really suffers from it?

Price action and the recent proposal cancellation would indicate that the stability fee is not going to come until the very end of Q1 if not later.

That is my impression, too…