2 proposals ago, I created an article regarding not seeing my vote.

Below are screenshots for proof of that action.

Anyone can try to find my vote in the against collumn, but won’t find me there, as my voice still isn’t counted or heard.

I am quite happy that the proposal is meeting a decline, I feel like most of the community felt like it would further discredit and damage the projet.

It’s unfortunate that such a proposal has even started in the current time. Without focusing on VRT being the reward token instead of XVS, trying to push the price of XVS even lower after it’s been doing nothing but falling, I don’t think that’s helpful to the users.

Waiting with the reducing proposals till we aren’t at the absolute bottom of the cryptomarket in the biggest fear zone and manipulation would be appreciated.

I hope no whale account will apear and by one vote change the whole result of the vote.

I wish my vote will be counted and visible, in case the platform keeps on dissapointing and my vote isn’t heard when I use their governance coin to vote in governance, I hope my voice is heard here at least.

what should be happening according to my opinion:

Voting is still done by withdrawing XVS from supply. Changing voting so that it is doable with both XVS and vXVS must not be hard to program.

Any sort of vote I do isn’t counted, having the chance co actually use the governance aspect that should come with a governance token would be nice.

VRT still isn’t the reward token, that should be changed.

The community should be given more power, as the current team is trying to screw the users.

I’ve seen some weird stuff happening with borrow balance. I’ve seen more debt then I was supposted to acquire during the day get added to my borrow balance, I ve also seen debt reducing from a level it hit, looking for answers on why that is happening. 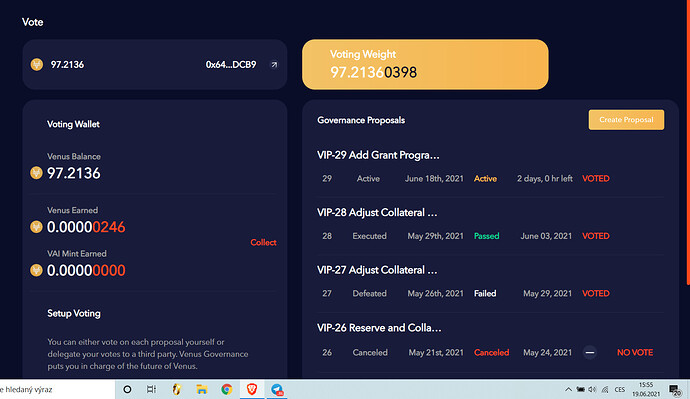 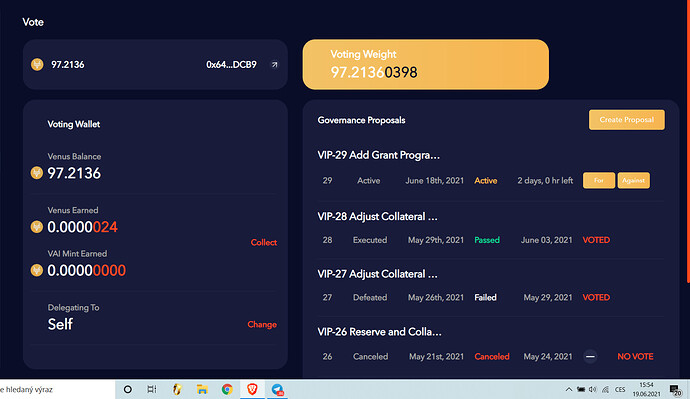