Hi Everyone. As there has been many questions on the VRT Swap Vesting models and it is impossible for us to follow-up on a one by one case and spend our entire day’s on this, please use this thread to ask all of your questions.

Thanks everyone! Let’s get done and over with the VRT Swap once for all so that we can focus on VAI and XVS.

Am I correct in assuming that the VRT applied for will be replaced by the locked XVS immediately after application?
Since it is locked, it cannot be withdrawn, but will it be treated as a stake in the XVS Vault and be subject to APR?

Hi Everyone. As there has been many questions on the VRT Swap Vesting models and it is impossible for us to follow-up on a one by one case and spend our entire day’s on this, please use this thread to ask all of your questions.

Can you please answer questions for the daily cap proposal

Hi! Let’s go with the initial swap proposal, with 12 months linear vesting.
Best option for me

In this case, for example, say you want to swap 120 XVS, you will get 12 XVS withdrawable each month
Very simple solution to understand and implement.

The 5022 XVS a day cap is without vesting? There are concerns raised by others that, with this cap, how will the daily quota be allocated? Is there a limit by wallet?

Why not make a poll.

The initial proposal for Venus Tokenomics says that “the newly acquired XVS exchanged from VRT at the exchange rate of 12,000 VRT to 1 XVS will be vested with a linear unlocking time of 12 months”. To decrease the sell pressure on XVS and ease the pressure on the XVS Community during this transition period, we propose to set a global daily limit for swaps – all VRT holders collectively can swap no more than 5022.83 XVS/day. With the global limits in place, we can relax the vesting requirements…

How many XVS will be made available by this swap?

Hi! Let’s go with the initial swap proposal, with 12 months linear vesting.
Best option for me

In this case, for example, say you want to swap 120 XVS, you will get 10 XVS withdrawable each month
Very simple solution to understand and implement.

Dav Dumbledore asked:
Proposal on a single VRT swap and burn vault. This proposal replaces all other proposals in VRT swap to XVS.

Introduction. There is a fixed amount of XVS to be swapped for VRT to be released linear over 12 months. Linear release protects the XVS token price. For Linear release, a 3% deposit time bonus will be added.

A new VRT swap and burn vault is proposed with the following parameters and features.

Fair share. VRT supplied to the vault will receive a share of rewards, based on the percentage of the total VRT supplied.

Rewards. The vault will receive rewards as XVS tokens, The amount will be calculated from the daily cap of 5022.83 + 3% and distributed per block.

Reward Time. XVS will be distributed linearly over 12 months. XVS distribution will have a specific start date and end date.

Reward withdrawal. XVS accumulated per block, can be withdrawn at any time by the wallet address that supplied the VRT.

Vault end. The vault will remain open until all XVS had been claimed by individual wallets. When all XVS has been claimed, all VRT deposited will be burnt and the vault destroyed.

VRT lock. VRT is supplied to the vault and cannot be withdrawn.

Blacklist. Certain wallet addresses will not be allowed to stake VRT.

Announcement. Give 30 days notice of XVS distribution start date. This allows VRT holders to prepare and be made aware of the VRT swap and burn vault.

Jaime asked:
Assuming a Linear-one-year-vesting:
In order to avoid speculation along a year (people selling XVS for buying VRT over and over…), after VRT Vault is released, would be possible to open a short-timeframe, let’s say two weeks or a month, for users to deposit their VRT on Vault for Conversion to XVS?
After that timeframe Venus won’t accept any other deposit and those tokens won’t be part of Venus anymore. Users who don’t deposit could yet swap/trade them any other place accepting.

Bilial asked:
The initial swap was good, predictable and steady. The new suggestion only benefits whales and early swappers which does make me wonder why it’s even being proposed
But the biggest issue with the new swap is that it’s vulnerable to manipulation
Whales will take their swap first and it could take many months for the smaller vrt holders to redeem their swapped tokens
How to avoid that?

Venus has been plummeting for 9 months straight. So the swap will actually bring the return of tens of thousands of old Venus users (it had a TVL of 11 billion and a market cap of 1 billion when vrt was issued). If we can fix the old issues we had, we can convince all these returning users to reinvest themselves into Venus. So the vrt swap is actually a huge targeted marketing opportunity (it’s targeting actual defi users) where Venus can make amends of it’s wrongdoings, mistakes & honour it’s promise. It will also boost the confidence of new investors as they’ll see that Venus can be trusted and is committed to serving it’s investors.
I had a quick look on bscscan and some of the VRT wallets that I looked at have been inactive for months so we need to wake them up and have them give us another chance. The one year vesting period will ensure that they stick around for at least a year. Some of the bullish Venus investors have actually bought VRT too as they see themselves as long term investors so what we should have is the old forgotten investors returning and long term vrt buyers staking. I heard there’s roughly 1k Wallets staking 10xvs or more in the vault. That’s actually embarrassing for a protocol that’s been around for a year

the vrt swap will surely boost those numbers. Lastly, getting the swap done with will allow the protocol to move forward with new developments as its past will have been settled.

This is how I think the VRT swap process should work.

Buyback these VRT one-time at a fixed price using the income in the treature. It’s very simple and quick.

And this is the time to buy BTC and ETH to cover the bad debt!!!

It looks like the Devs are hard at work finishing up the swap. At this point vrt will not have any long term effect on Venus. Vrt is down 99% and anyone who bought it or got it by buying xvs is also down 95-99%. Its been a complete disaster. All these changes bring about confusion, especially for users who trusted the process.

Do you want to keep those holders happy, because they are the last holders left. Then decrease the swap rate and give them more xvs. Suprise them with some good news instead of constant uncertanty. All this swap hold for 12 monthe etc and changing terms is only making your core target retail audience sad and frustrated. The mods can only delete so many comments before the community just up and leaves.

Its sad that such a good project has jerked its core investors around so much. 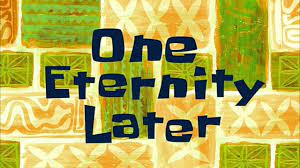 The price of VRT has been increasing. So has XVS. I wonder if someone knows this swap is coming soon. cough the team cough. SO they are buying at a discount to get ready.

It shouldn’t be allowed to swap for everyone, except to those, who got VRT by holding XVS.